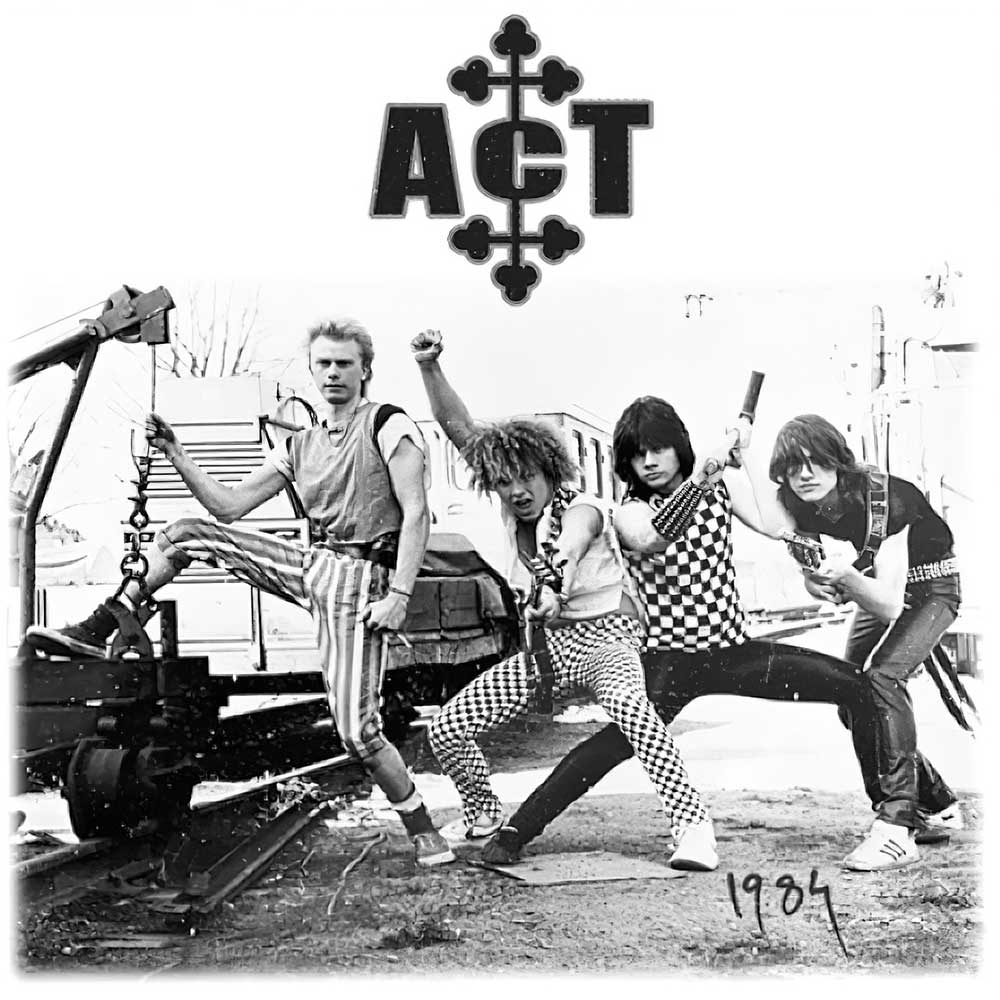 Linear notes:
Out of all the bands on this compilation album, Act is sure the band with the most complicated history. The band was formed in 1983 by Tony Johansson (vocals), Jan Strandh (guitar), Tim Sköld (bass) and Christer Rispling (drums). The influences came from both the N.W.O.B.H.M. scene as well as progressive rock. Tim and Christer also played with Shylock at the same time.

In the summer of 1984 the band recorded a nine-song demo. The song “Christian Crusaders” is from this demo. Unfortunately Tony left the band after this. The band hooked up with singer Roger Petersson. Roger had had his own band, simply called Peterson (note the spelling with just one s though), going for a couple of years by then. Roger wanted to still use that name and the others rather wanted to use their name, therefor they compromised and called themselves Act/Peterson. They did a few gigs under that name. Roger later came up with the new name Verdict. The band did a new (five-song) demo late 1984 as a trio (Roger, Jan and Christer). All the material was written by Roger. This demo usually goes under the name Verdict, a name that only was used for a short while. In fact they only got to do one gig as Verdict before they split.

Jan and Tony decided to get Act together again in 1985. They recruited new bassist Yngve Frank and drummer Fredrik Sköld. However they decided to spell their name Akt with a k from now on. A new thee-song demo was recorded in 1985. However this didn’t last very long either and the band finally split up in 1986.

Jan formed the band Zanity after this that did some demo recordings in 1987-88. In the 1990’s he played with the band Master Massive that worked for a few years on an album (that still remains unreleased) before they split. Recently he’s been playing with Notre Dame, but he’s not a member of the band any longer. Tony joined the band Masquerade in the late 1980’s, a band that has done several albums and is still around. Roger later did a solo demo in 1989. Later on he became a born again christian and don’t want anything to do with his past as a heavy metal singer. A for Tim and Christer, see Shylock for more info about them.