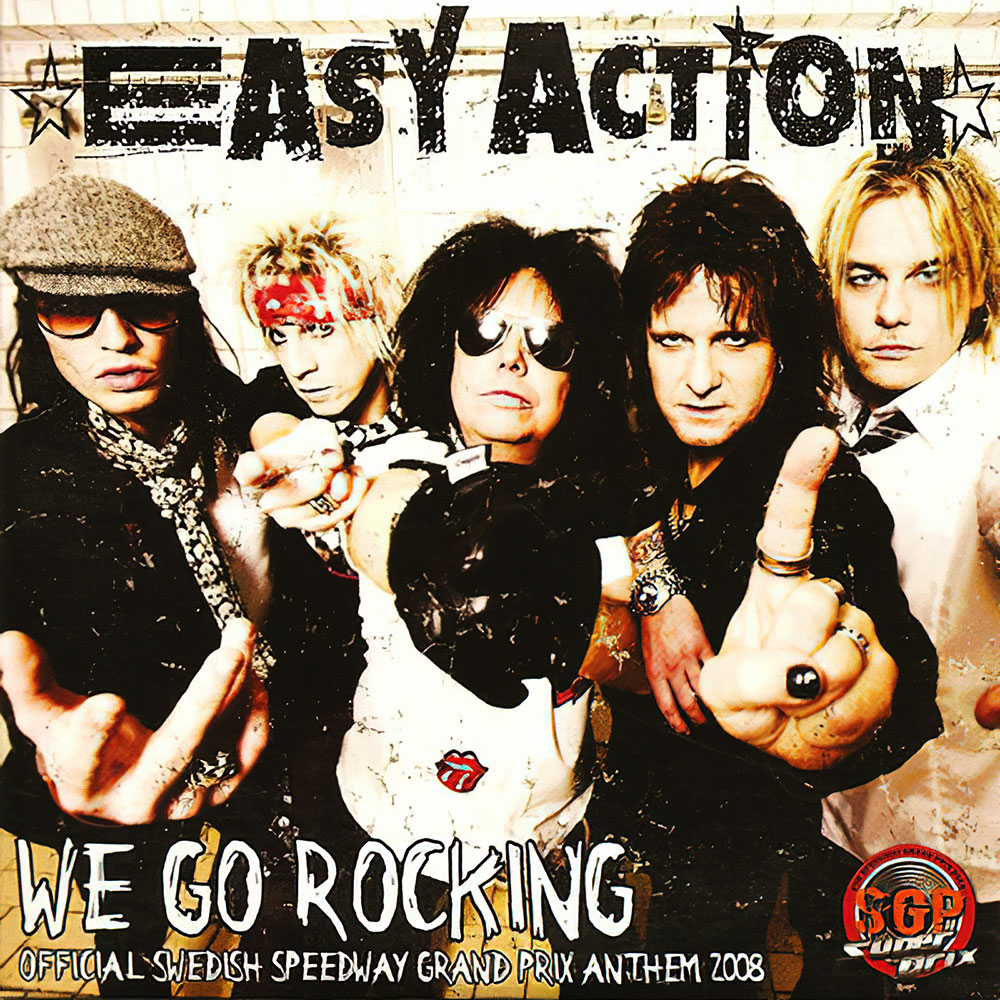 We Go Rocking
Jack’s Back

Note: The song was the official swedish speedway grand prix anthem in 2008, and the single was included in the program when the tournament hit Ullevi stadium in Gothenburg, Sweden, in May 2008. The band also performed at the stadium.

Note: In 2012 the single was also included in the first 1000 DVD copies of re-release of “Blood Tracks”. The classic horror movie from 1984, starring Easy Action.