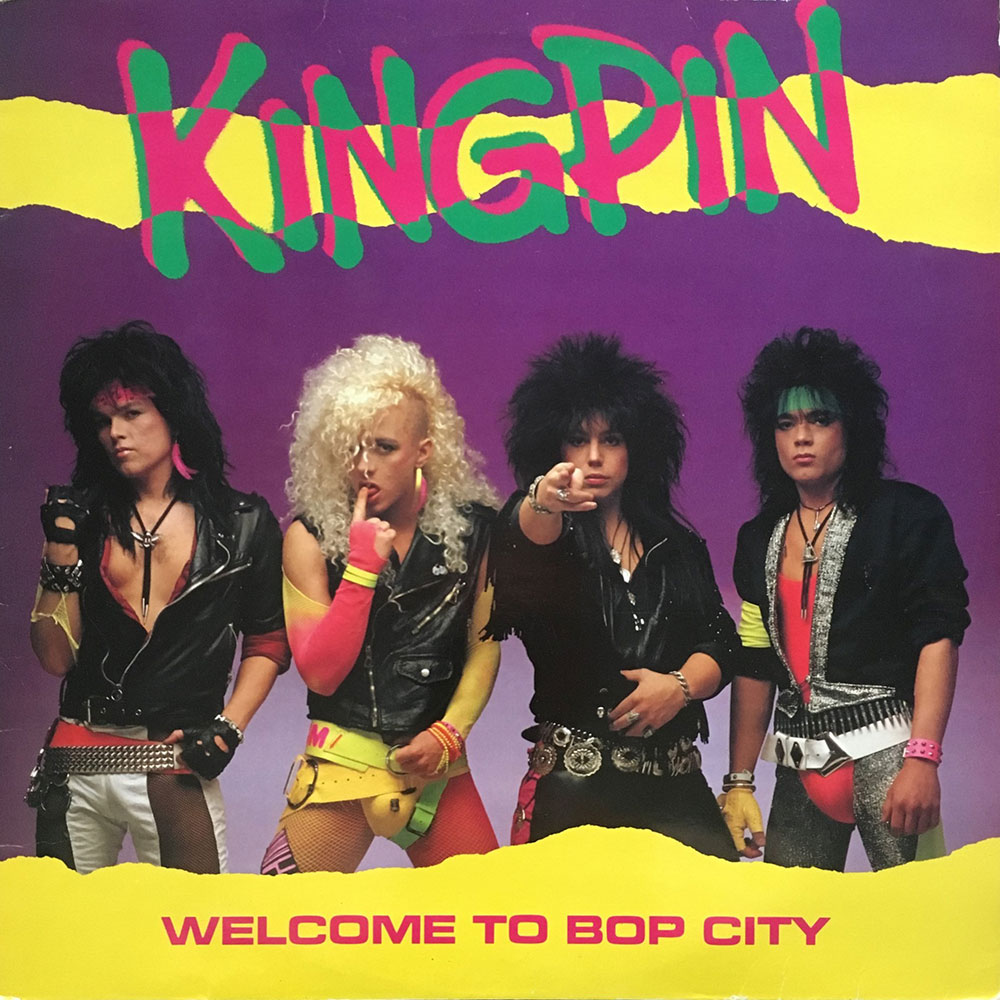 ‘Welcome To Bop City’ – released 1988 in Sweden only – is the very same album as ‘Shotgun Messiah’.
‘Shotgun Messiah’ is a remixed version of the same album with a different cover and tracklisting (see below), and some slight changes in the credit-list.
‘Welcome To Bop City’ was never released on CD, though.
A first version of the single, ‘Shout It Out’, saw the light of day 1987.

(Notes: Backing vocalist P.O. Peterson was the lead singer in Act together with Tim Skold and the producer, Matt Olausson, went on to play keyboards in Yngwie Malmsteen’s band.

A “secret message” is also carved into the vinyl outside the label. On the A-side it reads: “Turn on, tune in, drop out” and the B-side: “We head for Uranus!”)