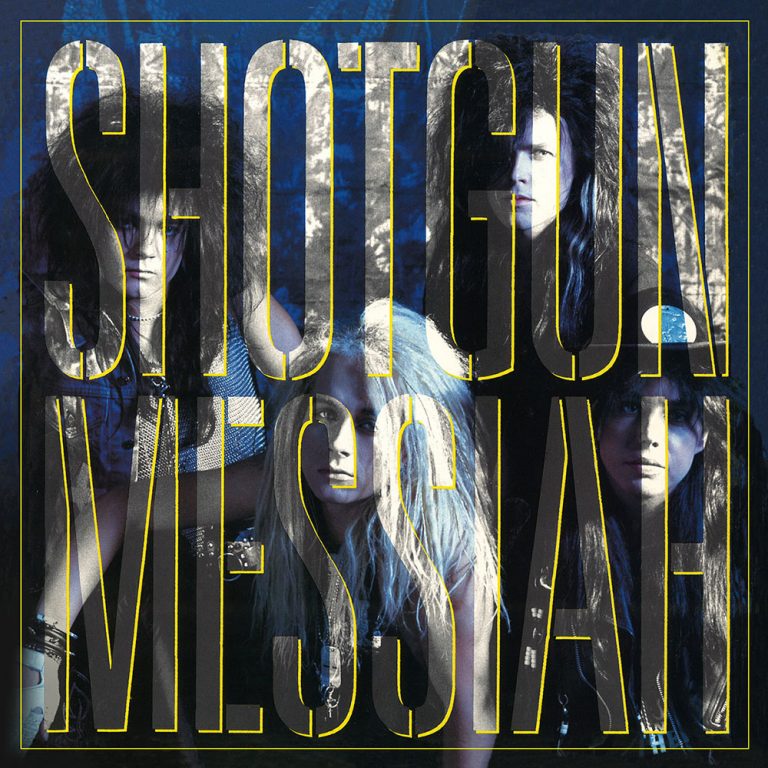 This one is pretty special to me. A Swedish glam/sleazeband that actually were good, something we wasn’t exactly spoiled with in the late eighties. Started out in Skövde as Shylock but later modified into Kingpin (after a comic character in Spiderman). This bands was so outrageous that very few in narrow-minded Sweden took them seriously. The line-up was guitarist extra-ordinaire Harry Cody, bazztard Tim Tim and Stixx Galore on drums. Ex. Easy Action vocalist Zinny J. Zan arrived just before the release of their debutalbum on CMM records, a record company known for their popular schlager- and popartists. Kingpin was the stray dog among Siameses.

This CD was first released under the Kingpin moniker as “Welcome to Bop City” with a mix of which some parts were censored on the international version. The album sold about 10,000 copies I think, it should have hit the top-ten but the time and, even more obvious, the place wasn’t right. Kingpin changed their name to Shotgun Messiah which was much better for their nasty type of glam/sleaze image. The album was then internationally released on Relatively Records and Shotgun Messiah emerged as one of the leading bands of the late eighties glam wave. Their Motley Crue/Hanoi Rocks influenced music has certainly stood the test of time. I often put their selftitled debut in my CD.

“Bop City” is Shotgun Messiah’s “Welcome to the Jungle” a great opener, sleazy with a great refrain. I used to play this song at my school, getting everyone to mosh around the room. (well almost…). “Don’t care ’bout nothin” is early Motley Crue, the chorus is heaven for headbangers. “Shout it out” was the single and the video actually scored on MTV. It’s a very original sleazesong with a rapverse, great bridge, back-up vocals and Na na na na’s. This song helped Shotgun Messiah to get an own identity.

“Squeezin Teazin'” is great glam, provin’ that Shotgun Messiah we’re ready to take over where Motley Crue went wimpy. “The Explorer” is an instrumental song, a quite boring guitarbased trip. I still haven’t figured out if the title hints at the Swedish Vodka with the same name (Explorer).

Side 2 hits off with “Nowhere Fast”, making you wanna cruise down decadencia drive. The words “…much rather sorry than safe” pretty much sum up what this band stood for. “Dirt Talk” is the weakest song on the album, cool sleaze anyway. “I’m Your Love” was a personal early-teenage favourite of mine. It has an excellent melodic verse that make the mediocre refrain seem acceptable. Closer “Nervous” a great glam gem ’bout sexual tension on the first date. Ohh I love it!

Shotgun Messiah was a marvelous band and this CD is as high as they got. We all know what happened. Zinny left, their second CD was a disappointment, they went industry etc. It’s shame because Shotgun Messiah deserved to be one of the biggest glambands.